New Airship Card for Among US 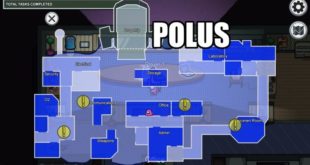 Guide to maps in Among Us

The developers of the game told about the details of the new update Among Us. We are waiting for a large Airship map, launch on consoles and open a store on Epic games.

What awaits players in the update AMONG US 2021

Changelog
New free Airship card. This is the largest map of all previously added. There will be both standard tasks and new, exclusive tasks. The map will also have several levels and ladders for moving to other levels. And for the first time - you can choose which room to start the game in.
Launch the game on Nintendo. Avoid these impostors by playing at home or on the road! There are still some fixes to be added to it, including some hats and skins!
Update AMONG US on the Xbox console. This online multiplayer game will be available on the Xbox Game Pass for PC.
The epic store. Among US will appear in the Epic games store. If you use the Epic coupon , you can use it to get a set that includes all the skins and pets.

OFFICIAL TRAILER FOR THE NEW MAP AMONG US

Tags airship airship map among us 2021 new update among us